Gdansk – Streets of the Main Town 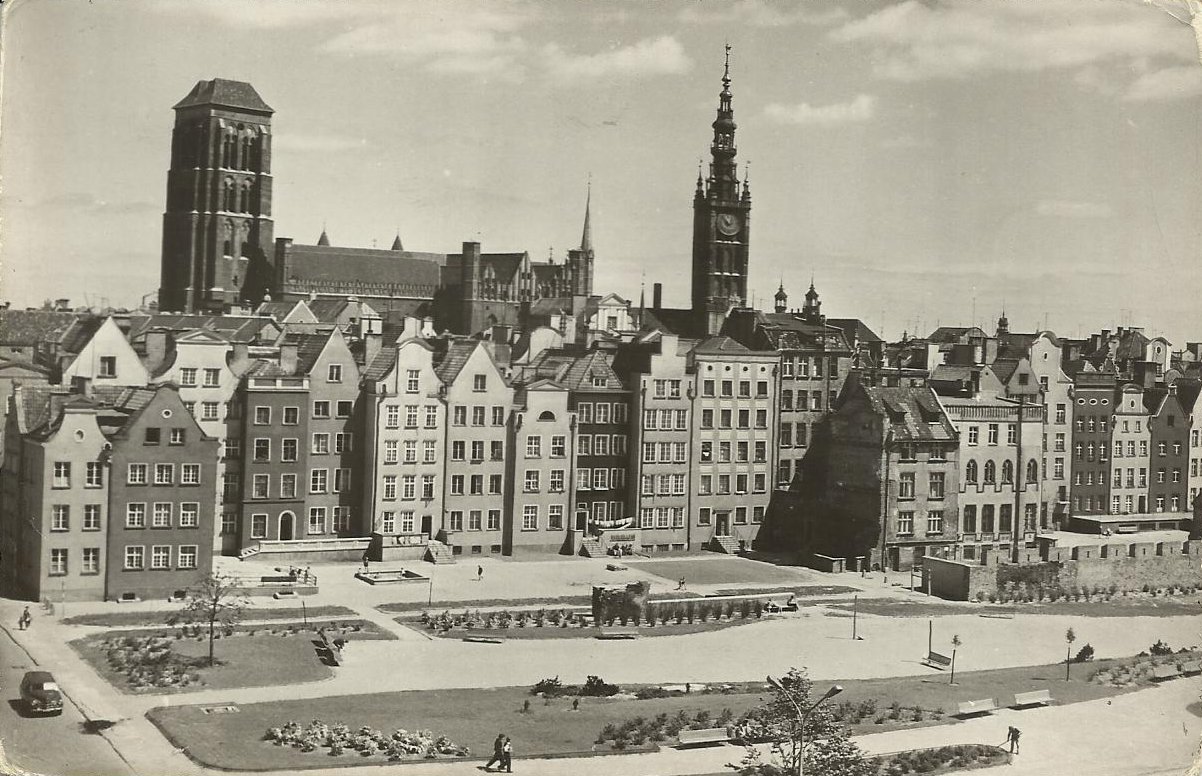 Streets of the Main City of Gdańsk

The atmosphere of each old town is created by streets recalling the past, streets and picturesque alleys. It is no different in ancient Gdańsk. It is therefore worth taking some time out, by, not succumbing too much to the sightseeing fever, surrender to the charm of a leisurely stroll, allowing you to discover truly captivating places.

Every block running south from Długa (Garbary, Postal, Lawnshop, Rope maker) reaches Ogama Street. This is from her, completely destroyed during the last war, a great reconstruction of the Main Town began, reconstruction of historic facades and reconstruction of interiors in accordance with the requirements of modern apartments. In the old days, the street was called Hundegasse – that is Dog, because it was used to drive hordes of dogs to guard the Granary Island. After the war, the literal Polish translation did not satisfy the street names that were decisive, therefore the Ogarna was invented.

In the place where the Pocztowa Street joins Ogarna from the north, to the south runs a short street of Tooki (ending at Podwale Przedmiejskie). There would be nothing special about it, if not for the fact, that in the 16th and 17th centuries. girls of slightly less morals resided here (just like at ul. Różana, near the church of St.. Jana), receiving both seamen, and important personas.

Men hungry for amorous pleasures and received them from inexpensive girls, which in the 16th and 17th centuries. there were so many, that the city authorities ordered them to wear special headgear, to distinguish themselves from honest women. The nicknames of some of the girls have been preserved in the documents: Rymarska's barrel, Dziewka Kowalska or the Poor Child – which were probably a kind of signboard, informing more precisely about the nature of the services served. Prostitution was tolerated by the authorities and quite noisy houses of debauchery were allowed to operate in Różana and Zakach, which lay outside the representative and decent part of the city. The Gdańsk harlots were not allowed to wear expensive and fancy clothes, jewelry and fur. However, they were obliged to participate in extinguishing fires (similar to baguettes, baths and komuchach) on a forced-voluntary basis” fire brigade.

At a time when Queen Elizabeth I was on the English throne, the fate of Gdańsk women, both of those of the commoners, and the rich bourgeoisie, he wasn't the sweetest. A place for an elegant patrician – the wife or daughter of a wealthy merchant – was at home, with children, with needlework in hand, with a dog in his lap. She could only manage a pantry, kitchen, service, but never a store or a warehouse, God forbid, a man. The men decided for the woman. The situation of the representatives of the commoners was slightly different; most of them worked professionally – at the stalls, in taverns, leading usury. These women were more self-reliant and independent, though also subordinated to male domination. In general, the wives' lives were not all roses, more than once there were blows, and the state of relations between the representatives of both sexes is best evidenced by the question set out in Freder's treatise Does a husband have the right to beat his wife. Well, times have changed. Although, by the way, the growing "battered husband syndrome" in Poland points to this, that the roles have turned and – perhaps it is time for a treaty: Does the wife have the right to beat her husband?.

You, where the tenement house at no. 94; 306 Gabriel Daniel Fahrenheit was born years ago. Perhaps the fate of the great inventor would have been different, had it not been for the mysterious death of his parents – Concordia and Daniel Fahrenheit, which one day in august 1701 r. found dead in the gazebo of a suburban house, and the mystery of the cause and manner of their deaths has never been resolved. The orphaned Gabriel Daniel was sent to Amsterdam, to be trained as a merchant there. However, this disappointed the caregivers' hopes and he devoted himself to science. Despite the lack of academic preparation, he achieved a lot: constructed a mercury thermometer, built the first aerometer and demonstrated, that the water can be cooled below its freezing point, without turning into ice. In recognition of his merits, he was awarded min. membership of the Royal Society in London. Although his family remained in Gdańsk, who inherited the property from Gabriel's parents, Fahrenheit lived poorly and died destitute.