Gdansk – Sieroca Street and its surroundings 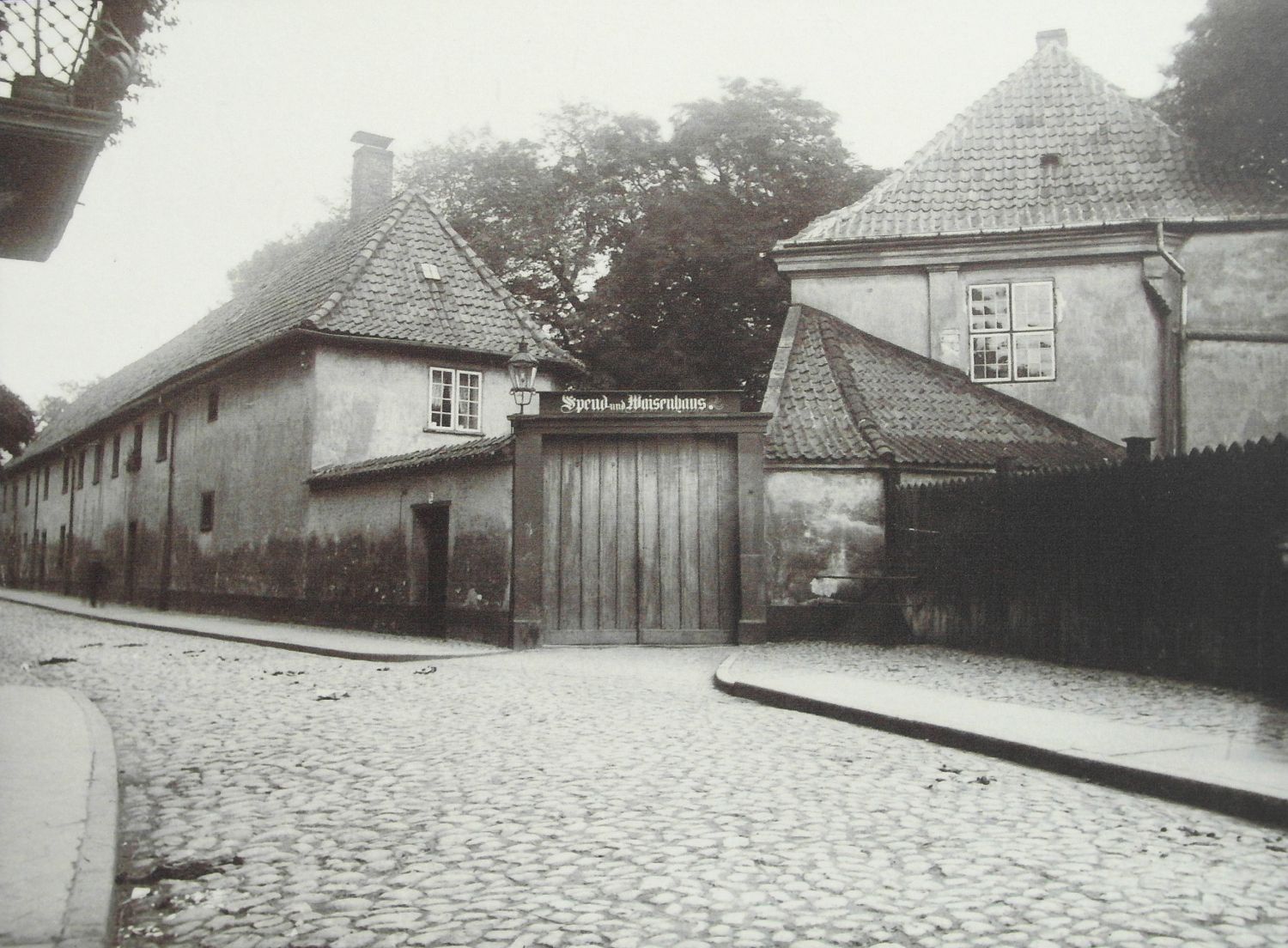 Sieroca Street and its surroundings

The small Sieroca Street runs off the Obrońców Poczty Polskiej Square. At no. 6 located erected approx 1700 r. white building, which has survived to this day and serves as a residential house. He performed it in the 18th century. the role of a shelter, that is the former social welfare facility.

The building was designed by the famous Gdańsk builder, Bartholomew Ranisch. Here the poor found care and help, old, disabled and sick. The facility also helped illegitimate children and orphans. The charity house operated under the management of city councilors until the beginning of the 20th century. Funds for its maintenance came mainly from collections carried out by members of the parish of St.. Catherine in the streets, in the premises of guild brotherhoods and in churches.

Before the churches of the Old Town lure us to the west with the sound of their bells, it is worth spending a few moments to walk back and forth along Stare Domki Street connected with Osiek Street. At no. 14-15 there is a small tenement house with narrow stairs, meandering in an extremely tight staircase. It was in such houses that the Polish population of Gdańsk lived in the interwar years. Going back into the Osiek street, you pass large Art Nouveau tenement houses, preserved in the pre-war state. Heading west towards the two church towers, can be done in minutes, previously crossing Stolarska and Mniszki Streets, walk to the famous church of St.. Bridget.

THE FIGHT OF PEOPLE AND PATRITIAT

From the Middle Ages to the modern times, Gdańsk was ruled by a patriciate, that is, the urban aristocracy composed of members of the richest families, mostly from wealthy merchants. If you accept, that the patriciate stood at the very top of the social ladder, the mob was somewhere in its half, which included middle and small merchants, associated in the guilds of stallholders and craftsmen of various professions. There were plebs at the very bottom of this ladder, that is, the poor, group of the poorest, without even municipal rights: sailors, workmen, weightlifters, servant wenches, service of granaries, farmhand, and also the fishing population of Osiek, mainly of Polish nationality. Plebs lived in wooden hovels of Gdańsk suburbs and was more prone to diseases than other social groups, hunger and exploitation. This layer has tried to rebel several times in history, but devoid of wise and enlightened leaders, she was unable to change her fate. W 1416 r there was an unsuccessful uprising of the commoners and guilds, during which the population briefly captured the town hall and the Teutonic mint. Different, a similarly unsuccessful rebellion took place in 1525 r "when, during religious riots, attempts were made to overthrow the rule of the patriciate.