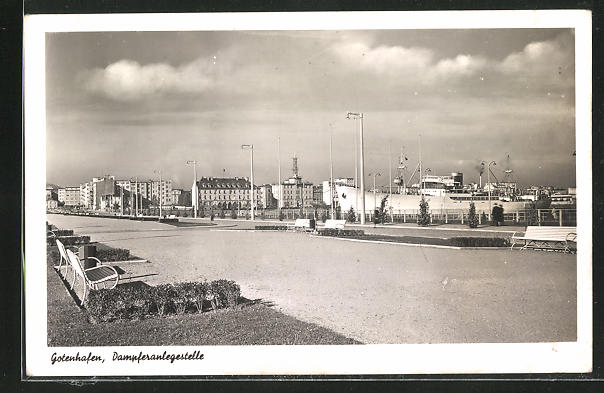 In the center of Gdynia

Świętojańska Street, starting at Kaszubski Square, runs south. It is the busiest "trade route" in the entire Tri-City, with nice cafes, restaurants, bars, bookstores etc.. In a short distance from the intersection with ul. 10 February, on the left side there is a neo-baroque church of the Blessed Virgin Mary 1926 r. with an interesting chapel dedicated to the people of the sea. In place of, where Świętojańska Street connects with Aleja Zwycięstwa, on the left side there is a rocky hill on the hill, a castle-like structure – Redemptorist Monastery.

Halfway along ul. Świętojańska, on its eastern side, Kamienna Góra rises. At the foot of the northern slope there is a Musical Theater. The mountain is an ideal place for walks along paths and steps running among the greenery. From the top there is a wonderful panorama of the city and the surrounding area. Kamienna Góra is protected from the sea by the Bulwar Nadmorski im. Nowowiejski, fulfilling a triple role: retaining wall, breakwater and promenade. Wide, concrete track of length 1500 m is crowded in summer by tourists and locals, Here you can hear loud music coming from numerous summer cafes. You can play mini golf at the southern end of the boulevard.

Cape Oksywie, also called Oksywska Głowa, because oxihoved in Old Scandinavian means head of an ox, it was populated and built-up a long time ago, and the first written mention of it comes from 1214 r. (then Oxiua was written in Latin) and concerns the donation of these lands to the Norbertine nuns by the wife of Mściwoj I., Zwinisława. One of the oldest parishes on the coast – Oksywie parish – was founded in 1224 r. The Catholic community of Gdynia belonged to her for a long time – a small village. W 1346 r. the village of Oksywie received the location privilege and, living modestly for centuries, stayed in 1925 r. incorporated as a district into Gdynia that suddenly grew up.

Today Oksywie, today, to a very small extent resembles the former village. Only in the vicinity of the Church of Archangel Michael, a few picturesque one-story houses and a cemetery have survived. The church was built on the site of an old wooden temple in the 16th century. Under the big, Commemorative plaques hang on the northern outer wall with a sloping roof, dedicated to the crews of the Polish Navy ships lost during the last war. The interior of the church is modest, and the austerity atmosphere is emphasized by the stones protruding from the plaster. The main altar in white and gold looks very beautiful (under renovation) and an altar with the image of Our Lady of Perpetual Help on the right. Behind the church, on a steep slope, there is a cemetery, whose oldest tomb (Dorota Borska) comes from 1883 r. The cemetery offers a wonderful view of the Gdynia harbor and the Gdańsk Bay.

Pages: 1 2
This entry was posted in Information and tagged Gdynia, guide. Bookmark the permalink.